My clown wants to be hosted

My maroon clown had a bubble tip nem that died recently. I will be moving the maroon from his 10g home to his new 40g home this week. The 40 gallon is going to be used to grow out coral colonies and back ups for my main display.

Since the clown has been acting upset since he has no nem now iv been thinking what would be best for the 40. A new BTA or something like a toadstool. Any thoughts or suggestions? 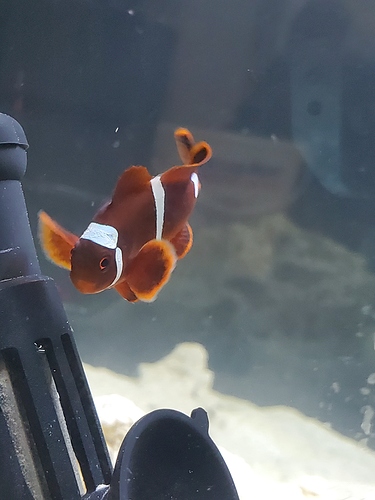 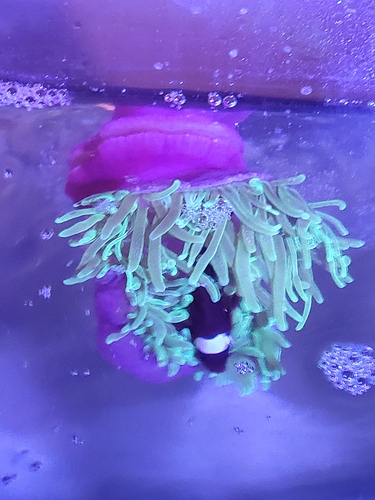 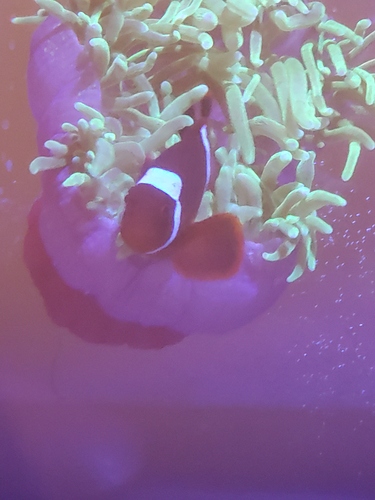 A BTA would work, if it has been hosted by one previously. That said, I’d be concerned about a BTA in a frag tank moving around and killing frags.

Hmmm a hammer colony would be nice. I feel the same way about a bta in there.

I’m with Adam on this. Bta is a no go in a frag tank. I wouldn’t dare add one in my frag tank. They split to easily and move around if you change anything. All of the rbta’s I have sold people have told me split for them within a month. Which lighting and flow could be major contributors as well. But under led’s those rainbow bubble tips sure do look good.
Torches are great, I would not want a clown bothering it with how much they cost these days.

Yeah im thinking no bta allowed in there. Maybe one day I can have an anemone cube or something. Right now getting down to just 2 tanks will be nice. Why no toadstool suggestions as they sometimes host clowns. Will this coral not work well in a tank with all lps and spa?

I will be adding frogspawn to this tank at some point
Several varieties. But I have heard if a clown thinks the coral is hosting him it could be bad for frogspawn with the abuse.

The little guy might just have to deal with it.

Speaking of bta mine split yesterday in my main display. 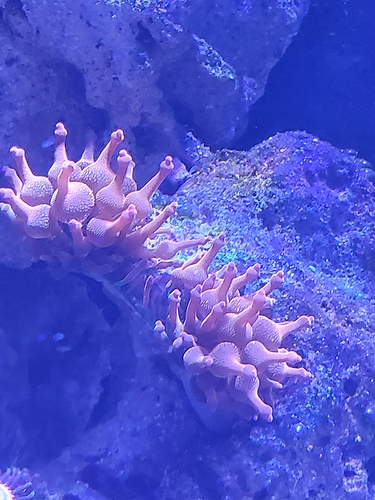 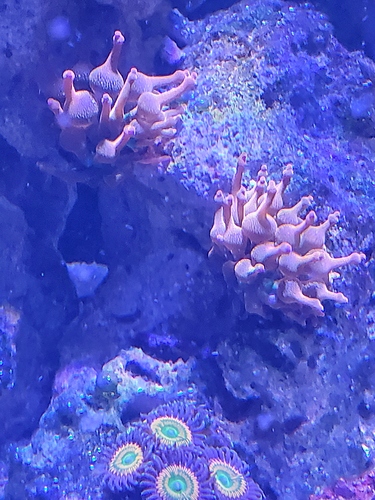 You could certainly try a toadstool. Seems like it would get too beaten up, but that’s just a gut feeling not based on any actual experience.

I did some research and they can create a toxic environment for lps and spa.

Maroon made it to the new home. Plus new sump and nyos skimmer installed. 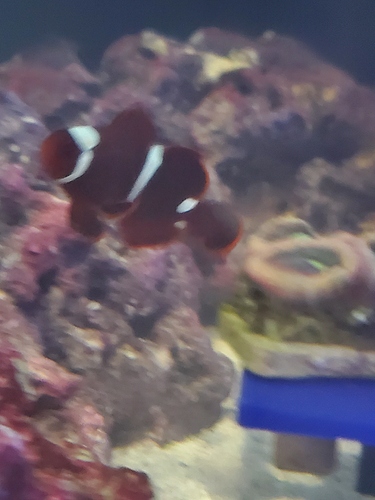 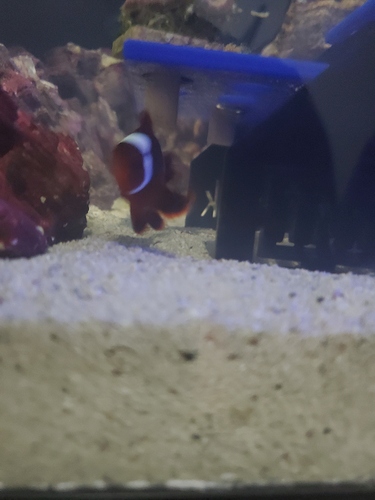 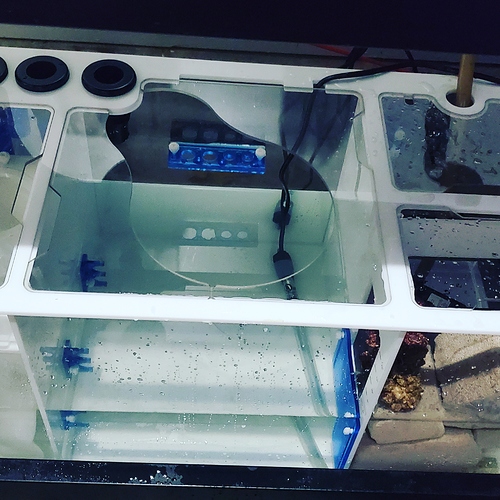 Since this is a thread about clowns and anemones I figure why not share my nem / clown experiences. As many of you know, I have a very large (at least 12" diameter) Haddoni (Green Carpet Anemone) in my 120. This monster is both a highlight and a hazard to my tank.

First of all, it is an absolutely beautiful creature that my clowns practically worship. They lie in it, cuddle it, use it’s folds as hiding places and safety spots, etc. Those interactions are probably the most amazing feature of my tank. There have been plenty of times when I thought seriously of removing it from my aquarium, but my family absolutely loves the interactions and have objected strongly to any thoughts of eviction. And, in the end, I think they are right.

It’s also super cool that I’ve had the guy for over 2 years now, after buying him for a song from Christian when he broke down his 300g set up and moved to Florida. My original 90 was barely 3 months old when I added him, which is crazy if you read about carpet anemones. It bleached and was bone white and somewhat sad for months. But it recovered and I’m quite sure it’s grown at least an inch or two in diameter in the meantime.

Ah, but the cost. They main cost has been “fish eaten.” In particular, wrasses seem unable to avoid landing in it. I simply stopped buying wrasses for my tank after around 7-8 of them wound up in the nem, some of which cost me in the vicinity of $75 (argh!). It’s also eaten a copperband, pretty sure it got my engineer goby recently, and a few other fish here and there.

Here’s a pic with the clowns to honor the greatness of the Haddoni. 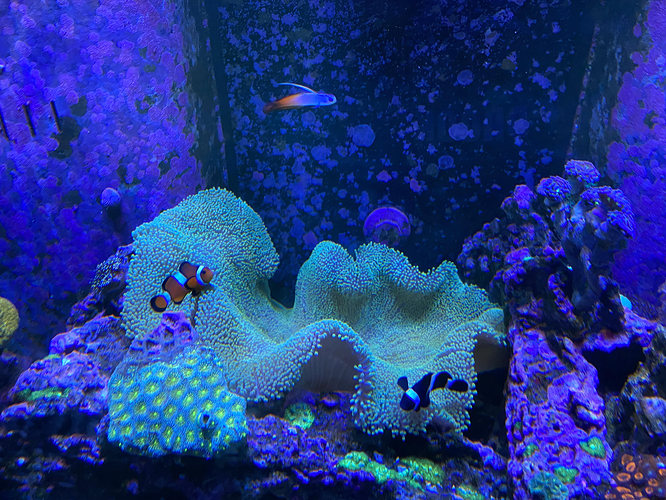